At-Tabari is seen as an important figure in the ranks of classical post-tabi'i at-tabi'in through his monumental work Jami 'al Bayan Fi Tafsir al-Qur'an' where he is able to provide a new nuance in the interpretation field. This book contains a heterogeneous exploration and wealth of sources, especially in terms of the meaning of words and the use of Arabic. This interpretation is very thick with the narrations as a source of interpretation (ma'tsur) which is based on the opinions and views of friends, tabi'in, tabi'it tabi'in through the hadith they narrated and narratives that are mu'tabar from among Jews and Christians who have converted to Islam. This book is also supported by reason (ra'yu) to build its objective understandings. This interpretation has its own characteristics with other interpretations. It contains language analysis laden with ancient Arabic poetry and prose, many qiraat, debating issues of the kalam field, and discussions around legal cases without having to make truthful claims of subjectivity. In writing this book, at-Tabari did not show the attitude of fanaticism of the schools or their schools. One example of its interpretation which shows the prosperity of this book is in terms of abortion or murder. Based on the at-Tabari explanation of the verses relating to abortion it can be said that abortion or murder without haq is not allowed. Apart from the advantages of this book of interpretation, of course at-Tabari as an ordinary human being has shortcomings and imperfections that impact the fruits of his work. As is still the passage of some of the stories of Israelis that helped color its interpretation. 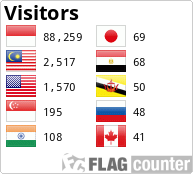